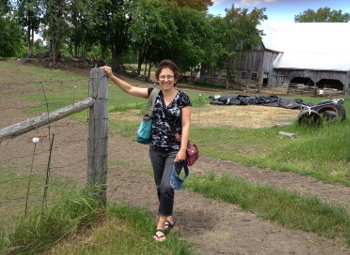 The English language has been changing rapidly over the past century and the English spoken in Canada is no exception. My recent research attests to dramatic patterns of receding and innovating features. At least some of these changes are progressing in a unique way in Canada — a finding which challenges the supposed Americanization of Canadian English and world Englishes more generally. Although we have extensive information about changes underway in big cities like Toronto; what is the nature of these developments elsewhere in Ontario? A more informative picture of the origins and development of current change in Ontario requires the examination of a wider variety of communities, regions, and social groups. The immense hinterland of Ontario presents a sociolinguistic situation very different to that of the urban centre of Toronto in the south. First, from the beginning of the 19th century, immigrants from all over Northern England, Scotland, Northern Ireland and Europe were recruited into the mines, lumber camps and farmland. This resulted in a population that was multi-ethnic from the founders rather than developing from Loyalist (British) migrants as in the South. Second, due to the rich natural resources (mining, lumber, pulp, and paper), the economic base has had a strikingly different trajectory. The early resource boom economy has developed serious challenges of sustainability in the 20th century.

Canadian English is thought to be the same from sea to sea; however, that is only the case if we consider middle-class people in large cities. What about the people who live in the many small cities, towns, hamlets and farms across Ontario?

The Ontario Dialects Project aims to seek out and discover the wealth of Ontario’s people, their history culture and importantly their ways of speaking.

My research in Ontario has already received a lot of media attention: